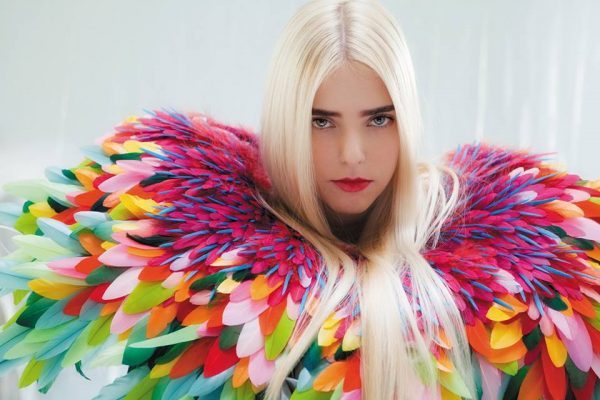 Since times immemorial, France and it’s rendezvous with fashion has been immortalised in the works of the designers and legacy brands who call the country their sartorial home. The country has birthed some of the biggest names of the global fashion community and continues to cultivate new generations of creatives beyond the mainstream fashion designer.

The art of plumage (feather making) and the vocation of the plumassier has been an integral part of France’s rich legacy of art and craft since the eighteenth century. The plumassiers (feather-makers) initially spent their days creating headdresses for the aristocracy, with men comprising much of the initial client base. By the end of the nineteenth century, however, feathers were in high demand as ornaments for both men and women, in part due to Marie Antoinette’s desire to wear feathers in her headdress, leading to the popularisation of exotic plumes as a fashion accessory for women. This popularity reached it’s peak by the 1920s, when women were known to commission any one of the eight hundred plumassiers employing over six thousand craftsmen to create a feather accessory to match every outfit.

Today, just a handful of these artisans remain, notable among them the Maison Lemarié that is owned by the House of Chanel, and the Maison Février, which is renowned across the world for its stage and costume designs that are all handcrafted in feathers. The craft has also come under the environmental scanner for it’s use of feathers that belong to endangered birds. Plumassiers these days have to make do with feathers obtained from farms in France, North America and South Africa. It has much to do with a growing list of endangered birds such as the Cuban macaw and the Carolina parakeet; reports indicate that an ounce of feathers equal more than five to six dead birds.

In 1918, the Migratory Bird Treaty Act was also passed in Britain and the United States in a bid to reduce the hunting and sale of all non-game birds that would have otherwise wiped out entire species in a single sweep. Today, plumassiers work with feathers that are a by-product of the food industry and a less extravagant (but more sustainable!) substitute to the exotic feathers that were the lifeblood of the plumassiers that constituted the European fashion spectacle of the twentieth century.

The process to create the final product is as detailed as it is delightful – from long hours spent cleaning the feather with soap and water to remove their natural protein and bacteria to a sulfur treatment, the process finally culminates with a steam to restore their original shape and texture. Plumassiers today indulge a wide variety of clientele; from legacy couture houses to private clients looking for anything from a feather bouquet as a wedding gift to a plume installation for their living room, the possibilities this craft entails truly go beyond the imagination. Julien Vermeulen is one such plumassier who has spent much of his childhood and adult years working with feathers. His extraordinary talents have found buyers in the likes of Yvet Saint Laurent, Dior, Chanel and Louis Vuitton. Another notable plumassier is Nelly Saunier, who practices the craft from a former artist’s studio in the 14th Arrondissement in the heart of an quaint bohemian quarter and is most famous for her parakeet bolero that she made in 1997 for Jean Paul Gaultier.

Crafts like these, much like the independent brands that we patronize, are the backbone of the economy but go much beyond providing livelihoods and generating professional opportunities. Local crafts are a reflection of culture, pivotal in preserving history and the preservation of a country’s legacy and must be treated as such, both by the people and governments alike.

Follow us on Instagram and check out our blog for exclusive daily updates on the European fashion industry.

From Colombia to Miami–the journey of Silvia Tcherassi

India-inspired embroidery is a legacy in Portugal

Dedicated to ethics and transparency while specialised in pleats and sheers, ESTHÉ’s polished design…

There is both happy and sad news. I will start-off by announcing the latter which concerns, Parisian…

Hálo is an exquisite design label based in Helsinki. The brand is inspired by its place of origin in…