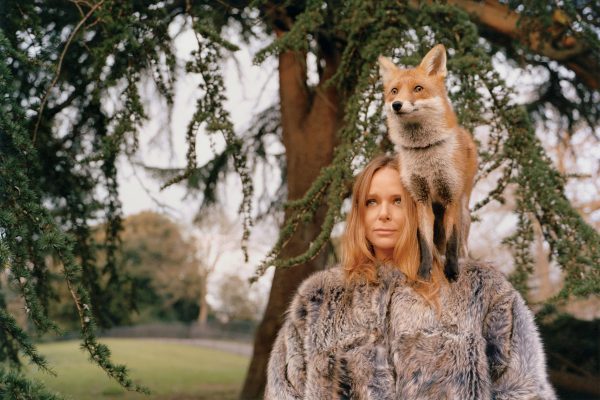 The 2010s: a decade that was brought in on a sombre note with the tragic suicide of Alexander McQueen and which concluded with Karl Lagerfeld’s passing, just days short of his Chanel show this year. This era was one speckled with terms that were previously unheard of; fashion unicorns, sustainability and the e-commerce explosion – ten years back, these terms, among so many others, accounted for but a itsy-bitsy share of the fashion pie. With the social media boom and a rapidly evolving consumer acumen, AISPI explores the past decade in fashion and what we can expect in the next one to come.

At the beginning of the decade, sustainability was a term reserved only for the off-beat and aberrant. The word in itself conjured up images of clothing that was shapeless and bleak, a connotation that it has had to work hard to shake off (and still does). As we near the end of the decade, it has become clear though, that sustainability is much more than just a buzzword. Spurred, especially, in recent times by Greta Thunberg’s global outcry for a sustainably and ethically sound future as well as a desire to spark joy a la Marie Kondo, sustainability has quickly transgressed from an idea into a full-blown concept. While the work is only just beginning when it comes to incorporating sustainability in the global fashion industry, the ‘20s will hopefully see the term make a bigger impact on not just the fashion industry, but the world as a whole.

From Victoria Beckham’s eponymous label, to the Olsen twins’ backed The Row, the decade saw the birth of celeb-centric fashion brands, some of which stayed while plenty others quickly blurred into obscurity. With Kim Kardashian’s SKIMS selling out within moments after every drop and Cardi B’s futuristic collaboration with Fendi, celebrity backed fashion brands and designer collabs will pave the way into the next decade, affirming the millenial and fashion forward mindset of the consumer.

Were the ‘10s the end of traditional retail? Not quite, but there is no denying that it came close. With some of the biggest legacy stores shutting shop or moving their entire business online, pop-ups gained burgeoning popularity, egged on by customers who wanted something that was both, gram-worthy and off the well-beaten retail track. Going by the current demographic, while traditional retail isn’t going anywhere, pop-up culture is definitely enjoying it’s moment in the spotlight and pushing traditional retail to up it’s sartorial game in the decade to come.

While good clothes and great style was once a luxury that only those on the lighter end of the scale could afford, new-age brands are offering customers anything but. While the work is only just beginning when it comes to a product offering that is both, high on savoir faire and fits just right, there is no denying that the sartorial fire lit by fashion brands of the likes of Fenty by Puma and Eileen Fisher will light the way into the next decade.

With the advent of e-commerce and social media, fashion brands moved their businesses online in the ‘10s, catapulting both sales and popularity. Brands today are notoriously skipping out on brick-and-mortar altogether, instead opting to go all out with e-commerce, buoyed on, especially, by the presence of social media platforms such as Instagram and WhatsApp. With development in technology and Artificial Intelligence (already deployed by the big giants and a few smaller companies and aided by tech companies like these), the future of e-commerce is all set to leapfrog within the next decade.

The rise of the ‘influencer’

A term that was largely unheard of for the most part of the decade (and popularly accepted only recently), the power of the influencer rose to magnanimous proportions, catapulted by icons like Chiara Ferragni, Aimee Song, Camila Coelho and Danielle Bernstein, all of whom had humble beginnings but are now spearheading a burgeoning global industry and amassing their ‘influence’ into clothing lines, books and TV shows. Where once made to stand at shows (or denied entry altogether), influencers now sit front row and are the faces of popular fashion and beauty campaigns, an idea that would have been considered highly outlandish a decade back, which only goes to show how far the industry has come, especially in recent times.

Here’s to the ’20s! Stay updated on the latest in the European fashion industry via the AISPI blog and Instagram as we move into the 2020s and don’t forget to share your thoughts with us on the decade that changed the global fashion industry.

Shop at the coolest fashion market in Milan

Simplicity is the ultimate sophistication in Mayre's jewellery

As we go through life we all have dreams and ambitions of what we will be doing as we grow up. For T…

Hi Eshita, let’s start off by hearing a little bit about where you are from and how you ended up in …